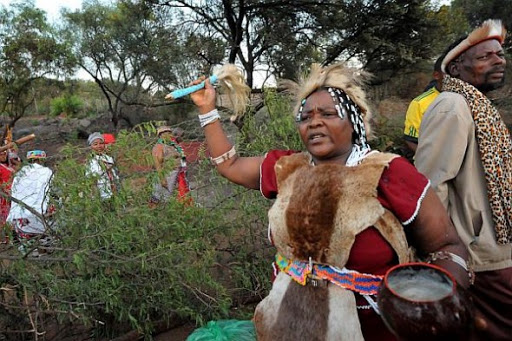 Zulu is a tribe in Africa also known as Amazulu, they emanated from the Ngunsi of Central Africa, but due to the foreign colonization by the white, they are now regarded as a group in the Bantu tribe of South Africa.

Zulu people regard themselves as ‘the people of the heavens’ and they are the largest ethnic group in South Africa, with over 10 million Zulus living in KwaZulu-Natal. isiZulu is the language of the Zulu people. In the 19th century they merged into a great kingdom under the leadership of Shaka.

African history can never be written so well without a Zulu in the picture, the likes of Shaka Zulu of Zulu land who keyed importantly in the Zulu wars.

The Zulu people have always strongly believed in ancestral spirits referred to amadlozi or abaphansi. They are simply spirits of the dead.

The word UMvelinqangi in Zulu translates to “the Most High” or “Divine Consciousness”; that is considered the source of all that has been, that is and all that ever will be.

This highest being is believed to be far removed from the people’s lives and that no one has ever set eyes on him.

They believe that there is some mediation between the spirits of the dead and “the one who came first “for the people alive on earth.