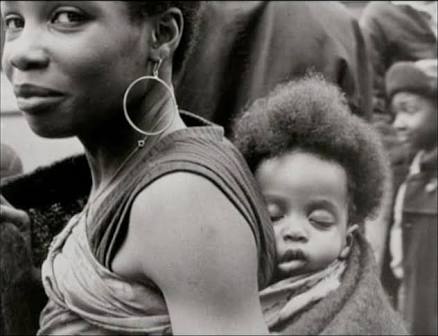 Check out the cultural beliefs of yoruba people… Taboos in yorubaland… It is an abomination in yorubaland to engage in the following acts listed.

The Yoruba’s are one of the most popular ethnic group in Africa, they are majorly found in the southwestern part of Nigeria and also found in Benin and northern Togo.

Every ethnic group is guided by culture and tradition, most of these cultural practices were introduced by the founding fathers of these ethnic groups and are meant to regulate the moral order of the society.

These taboos came to be by people who secernate that certain things were normally approved or disapproved by the deity.

The Yoruba has a lot of cultural practices which are so valued despite the westernization by white colonist.

In Yoruba land they are acts which are considered abominable with great consequences that follow the defaulters.

1. A Baby Falling From its Mothers Back. 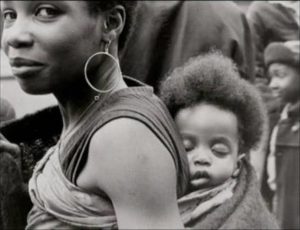 In Yoruba land it is an abomination for a strapped baby to falls from its mothers back.

So if by chance a baby falls from its mothers back, the mother must perform some atonement sacrifice to avert such misfortune for the child when he or she grows up

Therefore folks in Yoruba are prohibited from Whistling at night.

Taking your life is condemnable and considered is a serious abomination in Yorubaland. When such abomination is committed the body is not buried unless some sacred sacrifice is performed to appease the gods.

If the sacrifice is not the body of such individuals will be dashed into the evil forest or outside the town to avoid invoking the wrath of the gods on the land. The family of an individual that commits suicide will be tainted forever in the community.

Gay marriage is forbidden in Yorubaland. Westerners may have legalized Gay marriage and still pushing for it to be legalized in most African countries but it remains an abomination in Yoruba culture

SEE ALSO:Top 6 African cultural value you Should know before traveling to Africa

6. Mimicking the Sound of a Masquerade 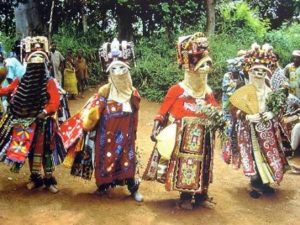 Mimicking the sound of masquerades without wearing his costume is an abomination in yorubaland. When you violate this rule, you will be kidnapped by Egungun.

Egungun is one of the traditional deities in Yoruba land. The taboo was put in place so that people will have respect for Egungun as a deity because whoever being kidnapped by the Egungun spirit will never be seen again.

In Yoruba culture it is a taboo for a married woman to have an extramarital affair. If the husband suspects that his wife is engaging in such an act he will entwine her with Magun.

Magun is used on adulterers and most times the outcome is not palatable as the offender could lose his/her life.

The Magun is placed on a woman or man without her being aware of it either by her husband or his family. If she commits adultery, her lover could end up losing his life or getting stuck while in the act.

ABOUT US
Gistafrika is your news, entertainment, music and fashion website. We provide you with the latest breaking news and videos straight from the entertainment industry. Stay close to see what's new and get ready to be amazed by the best quality information available.
Contact us: gistafrika@gmail.com
FOLLOW US
© Designed by A.J
Manage Cookie Consent
Our websites cookies to optimize our services. By continuing, you agree to their use. Learn more, including how to control cookies
Manage options Manage services Manage vendors Read more about these purposes
View preferences
{title} {title} {title}