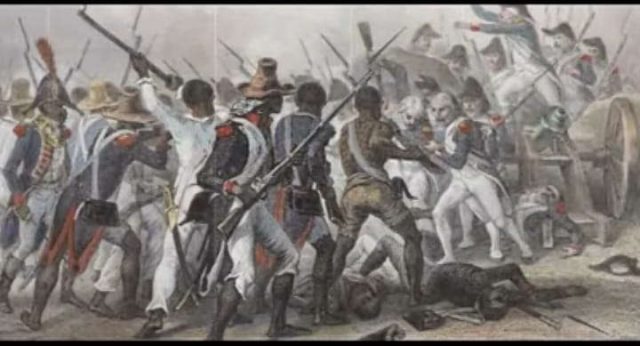 Slave rebellion played a significant role in the fight against slavery and continues to be a powerful symbol of resistance against oppression. In this article, we will be exploring the most rebellious African tribes during the era of slavery. From organized uprisings to quiet acts of defiance, these tribes made their mark on history and served as a reminder of the enduring human spirit of resistance. Whether through armed conflict or peaceful resistance, these tribes fought for their freedom and the freedom of other enslaved people, leaving a lasting legacy that continues to inspire struggles for justice and equality today

Slavery is as old as civilization, although it is not as old as humanity. From 1500 to 1870, it is estimated that more than 11 million Africans were enslaved and forceful carried along the Atlantic Ocean in slave ships to different parts of the world, and about 15% of them died during the journey, and those who didn’t die became property, bottled and sold like any commodities. 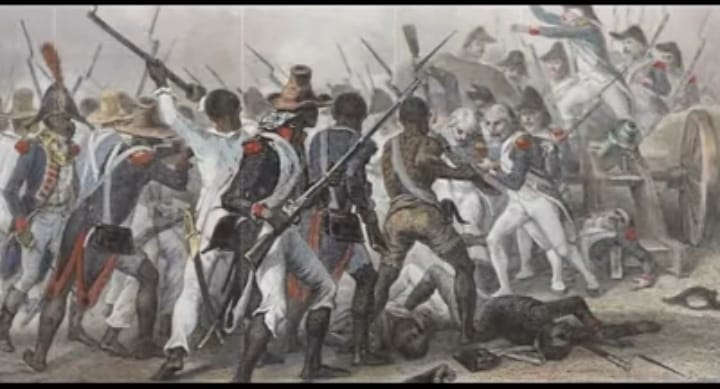 6 most Rebellious African Tribes During Slavery

With that being said, let’s get into the top 6 African ethnic groups who rebelled during slavery.

The non-traditional route of rebellion taken by enslaved Igbos called the Igbo Landing, in which dozens of Igbo’s drowned themselves, refusing to be enslaved.

The Igbo’s were known by planters and slavers of the American South for being resistant to slavery. Numerous Igbo’s during the Igbo Landing followed a high Igbo chief walking in unison into a creek, reportedly singing in their language, “the water spirit brought us, the water spirit will take us home” they acknowledged and relied on spiritual protection of their God “Chukwu” and chose death over enslavement this was a unique moment in African-American history and was of great symbolic importance to African American folklore.

Beyonce honored the Igbo resistance to slavery in her video love drought as a procession of black women is seen in long robes entering the water.

The Mbundu were from modern-day Angola and dwelled in various vassal states of the larger Congo Empire. Many were captured as war captives and trained in fighting and warfare.

The Mbundu make our lists because of their impactful cultural leadership and contribution to the slave rebellion. Many Mbundu were enslaved in Brazil, where they advanced their fighting style in Ngolo and transformed it into capoeira. Capoeira evolved to suit the needs and concerns of those Africans in the region, as the Mbundu taught other Africans how to protect themselves from colonial authorities if they had no weapons. This martial art was one of the primary tools Africans used in Brazil to ward off the Portuguese as they made their way to reach maroon communities, and this spirit of rebellion from Mbundu has been ingrained into the very fabric of Brazilian culture.

According to most history books, most enslaved Africans were war captives. The Mandinka exemplified this reality because they were well-known warriors; hence the popular term mandingo warrior has made it into American vernacular. Even popular TV shows with characters such as Kunta Kinte and his resistant spirit were displayed for the world to see. Within Africa itself, the Mandinka made a lot of noise when it came to resisting colonialism. Samori Ture was a popular Muslim leader in French colonialism from 1882 until his capture in 1898. Another revered leader of the Mandinka who resisted and rebelled against colonialism was King Bayano. King Bayano lead the largest and one of the earliest rebellions against Spanish colonial rule in Panama during the sixteenth century. Bayano was a Mandinka Muslim who was very good-looking, according to Spanish accounts. Simply because of his looks and strong stature, the Spanish assumed he must have been a ruler back in his home, and so they called him el Rey negro Bayano or the black king Bayano. King Bayano lived up to his name as he led hundreds of other enslaved people against the Spanish for five years. Bayano was politically savvy as he gained support from English and Scottish pirates. The Spanish could not conquer King Bayano in a traditional sense, so they used a false peace treaty to draw him out, however, the Spanish respected King Bayano so much that they didn’t even kill him, but they sent him to Spain, where he lived in relative comfort due to the wealth he amassed, even his followers retained their freedom. His spirit of rebellion alone was so powerful that it freed him and his followers.

First, we must acknowledge the courage and resistance of the Dahomey Amazons from the Fon ethnic group. The fon spirit of courage and resistance to domination has been honored and romanticized in popular culture, especially amongst the French soldiers who fought them. The outside world became aware of the Dahomey Amazon largely through French interaction, after the French and their African allies, the Senegalese, Hausa, and Yoruba, all rallied to conquer the Fon state of Dahomey they venerated the all-female fighting battalion proclaiming that the African Amazon’s gave proof of incredible courage and audacity. The French even went as far as to say that their fiercest, most determined adversaries were the Amazons. Aside from the fantastic Fon legacy of resistance in Africa, they continued their resistance in spiritual form in Haiti. The Fon religion of Vodou created Haitian Vodou, as many Fon people were enslaved in Haiti. The Fon people’s spiritual form led the way as they prepared themselves for rebellion. Vodou was one of the key factors in the Haitian Revolution, as a Vodou ceremony took place before they conquered the land. Even though the French conquered fallen territory in Africa, ironically, the spirit of rebellion among fons eventually went out against the French in Haiti.

Bakongo was one of the primary African ethnic groups enslaved during the Atlantic slave trade. They were among the first to approach slavery via letters in the 16th century, and they became one of the most active ethnic groups and efforts to decolonize Africa. Bakongo influence, rebellions, and revolutions were everywhere in North and South America. In North America, the Stono rebellion was led by the spirit of the Bakongo in South Carolina. During the 18th century, 20 enslaved people broke into a store, stole weapons, and headed toward Florida, where they would be free under Spanish law. They grew in number, and as they marched, they shouted Lukango, which embodied Liberty in their native Bakongo language. This Bakongo-led rebellion was significant because it was the largest and one of the greatest slave rebellions ever staged in the 13 colonies. Another brilliant slave rebellion led by the Bakongo was the Ganga Zumba rebellion. The Ganga Zumba was the first leader of a large runaway slave settlement in brazil. He was an enslaved African who escaped enslavement on a sugar plantation and created his own Kingdom. This tremendous achievement gave him the title Ganga Zumba said to mean Great/lord. Ganga was reportedly African royalty as he was the son of a princess from the Kongo Empire of the Bakongo people. During warfare with the Portuguese, he was captured as a prisoner and sent to Brazil, where he helped to form a maroon community of former enslaved Africans in Brazil which later formed into a well-organized Kingdom. This Bakongo royal led the resistance and became a king in his own right, leading one of the greatest slave rebellions in Brazil.

Ashanti, even on African soil, was very resistant to colonialism and achieved varying levels of success. British colonialism in the Ashanti territory was ignored for quite some time as the British tried to assert control over the region. The Ashanti took their spirit of rebellion with them and led three major rebellions in the Americas. They maintained a consistent presence in leadership during African resistance to slavery. In Jamaica, the Ashanti became the preeminent ethnic group known for rebellion. These Ashanti leaders organized many slave rebellions in Jamaica. Another slave rebellion was led by an Ashanti man named Kofi. In the Berbice slave rebellion of Guyana, Kofi led a rebellion with other enslaved Africans organizing them into a military unit. It is reported that over 2500 Africans joined him in his efforts. This Ashanti leader and his uprising are seen as a major event in Guyanese history, and February 23rd is remembered as a day to commemorate his legacy. Another rebellion led by the Ashanti was in November of 1733 by a group of warrior Ashanties who plotted against their Danish overlords. The Ashanti took over the island of st. John’s for six months until it was finally put down with aid from French and Swiss troops. The spirit of rebellion of resistance amongst the Ashanti cannot be denied, and this spirit has a long and extensive history not only in Africa but in the Americas, as well as the Ashanti went on to lead several slave rebellions across the afro-descendant world.

In conclusion, slave rebellion played a crucial role in the fight against slavery and continues to inspire resistance against oppression today. The six most rebellious African tribes during slavery, as highlighted in this article, represent just a few examples of how enslaved people resisted their oppressors. From organized uprisings to quiet acts of defiance, these tribes left a lasting legacy that continues to inspire struggles for justice and equality. Their stories serve as a reminder of the enduring human spirit of resistance and the power of collective action in the face of injustice.