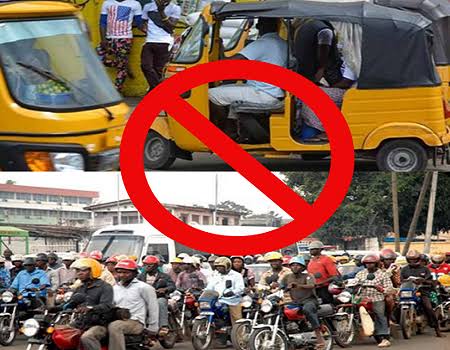 Lagos Commuters appeal you to Sanwo-Olu

Lagos Commuters appeal you to Sanwo – Olu to review the ban on the operations of motorcycles and tricycles, popularly called Okada and Keke Marwa respectively.

Madam Hellen Akpede, who said she had trekked from Iyana Agege en route Berger Bus Stop along the Lagos-Ibadan Expressway pleaded with the governor to reverse his decision on the operations of Keke Marwa, as they make life easy for the masses.

Another commuter said that the stress of the ban was too much on Lagosians.A student, Odegbile Abdul lamented the hike in transport fare as a result of the ban.He said, “This ban on Keke Marwa has really affected me because a trip that used to be N50,they (commercial bus operators) have started calling it N100 and there is no other substitute for it. I will like to appeal to Sanwo-Olu to return the Keke Napep.”

ABOUT US
Gistafrika is your news, entertainment, music and fashion website. We provide you with the latest breaking news and videos straight from the entertainment industry. Stay close to see what's new and get ready to be amazed by the best quality information available.
Contact us: gistafrika@gmail.com
FOLLOW US
© Designed by A.J