Nigeria has over 250 Ethnic groups with more than 500 languages, Igbo, Hausa and Yoruba are the Major Tribes in Nigeria.

Nigeria’s history can be traced back to settlers who traded across the Middle East and Africa as early as 1100 BC. Numerous ancient African civilizations settled in the region that today is Nigeria, such as the Kingdom of Nri, the Empire of Benin and the Empire of Oyo.

Below is the Major Tribes in Nigeria and their of settlement 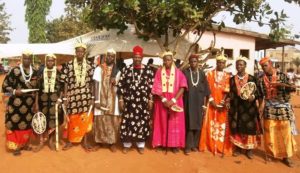 The Kingdom of Nri is considered the foundation of the culture of Igbo, and the oldest kingdom in Nigeria. Nri and Aguleri, where the myth of the creation of Igbo originates, are in the territory of the Umueri clan, which traces their lines back to the patriarchal figure of the king, Eri.

A bronze ceremonial vessel found in igboukwu was made around 9th Century.

The origins of Eri are not clear, although he was identified as a “sky being” sent by Chukwu (God).

He was described as having first given the Anambra people societal order. 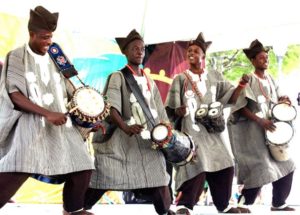 Historically the Yoruba people were the dominant group on Niger’s west bank.Their closest linguistic relatives are the Igala, who live on the opposite side of the Benue divergence of the Niger, and from whom they are thought to have split some 2,000 years ago.

The Yoruba pay homage to a pantheon made up of a Supreme Deity, Olorun, and Orisha. In the Yoruba language the Olorun is now called God.

There are 400 deities called Orisha who perform various tasks. Oduduwa is believed, according to the Yoruba, to be the father of the Yoruba kings. 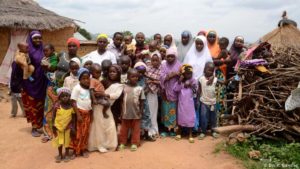 The Hausa are one of the Major Tribes in Nigeria, Their were first mentioned by Ya’qubi in the 9th century, and were competing with Kanem-Bornu and the Malian Empire by the vibrant trading centers of the 15th century.

Islam’s adoption was incremental and mostly nominal in the countryside where folk religion continued to exert a powerful influence.

Nonetheless, Kano and Katsina came to participate entirely in the cultural and intellectual life of the Islamic world, with their prominent mosques and schools.

In the 13th century, the Fulani began to reach the Hausa region, and also tended cattle, sheep , and goats in Borno by the 15th century.

The Fulani came from the valley of the Senegalese River, where their ancestors developed a method of Livestock management