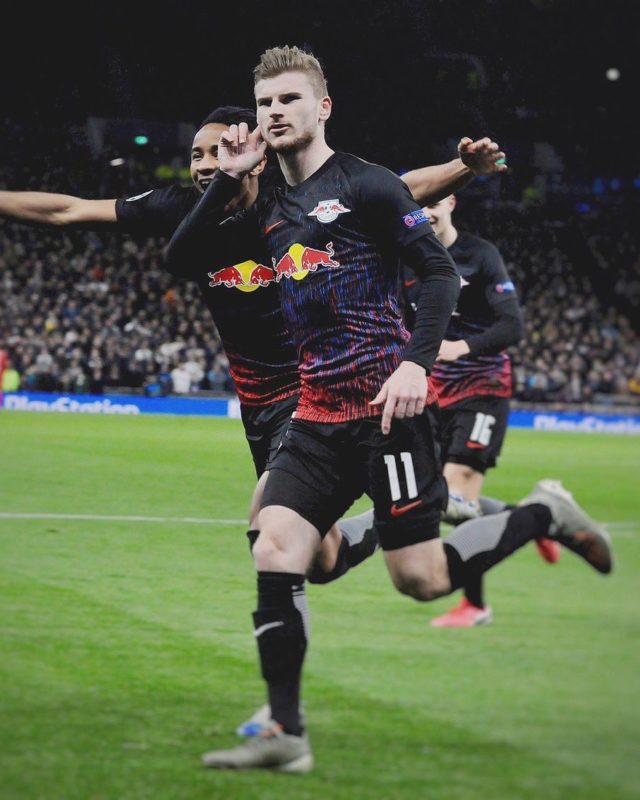 Chelsea football have announce the arrival of German Forward Timo Werner from RB Leipzig, subject to a medical.

Timo Werner will inked a five-year contract subject to completing his medical.

Timo Werner is Chelsea’s second signing of the summer after Ajax’s Hakim Ziyech.

Last month Chelsea agreed to pay €50m (£45m) to trigger the release clause of Werner, who is set to earn more than €10m (£9m) per season in England.

To everyone at @ChelseaFC :
I’m incredibly happy to be joining the Blues next season! It feels like the right step for me and I am delighted to become a part of Chelsea FC. Really looking forward to playing for such a fantastic and historic club!
See you soon Chelsea fans! 👋 pic.twitter.com/WLcagJCHWt

Speaking about his move to Stamford Bridge, Werner told the official Chelsea website:

“I am delighted to be signing for Chelsea, it is a very proud moment for me to be joining this great club.
“I of course want to thank RB Leipzig, the club and the fans, for four fantastic years. You will forever be in my heart.

“I look forward to next season with my new team-mates, my new manager and of course the Chelsea fans. Together we have a very successful future ahead of us.”

Timo Werner has scored 93 goals and 40 assist in 157 appearances for RB Leipzig, developing into one of Europe’s most coveted forwards.
The 24-year-old will remain with RB Leipzig for the remainder of the Bundesliga season before joining up with his new team-mates next month.

RB Leipzig has congratulated Timo Werner and wished him success with his new club.

🚨 Official: 🚨@TimoWerner will join @ChelseaFC at the end of the season 🏴󠁧󠁢󠁥󠁮󠁧󠁿💪

We would like to wish him the very best of luck in West London, and are sure that he'll keep the blue flag flying high over the capital! 🔵#OneStepBeyond #Werner pic.twitter.com/CP2G7k7K0O